Dr. Dorve was born and raised in Haiti, where he started his music career. He was told that he would not be able to play the trumpet because he has one arm. However, through his determination and hard work, he was able to prove the opposite. Growing up he was surrounded by the music culture that often-helped people through unrelenting socio-political turmoil. He has also been exposed to not only the music from the land of Haiti and its roots, but also to the mixture of music styles from the Caribbean, which has opened his understanding of other ethnic music cultures. As a music performer and educator, he continues to perform as guest performer and soloist nationally and internationally. He performs and records mostly as soloist in different venues which includes television and radio programs, concert bands, orchestras, jazz band, brass quintets, music conferences, and commercials like the 2016 Paralympic commercial, “Yes, I can,” sponsored by Channel 4 of Great Britain.

In 2016, he received his Bachelor of Music in Trumpet Performance from Michigan State University on a full scholarship. Also, in 2016, a book titled “From Trauma to Triumph” was written about his life inspiring others on different levels. Furthermore, in 2017, he recorded an album of Christian music, titled the sacred sounds of the Trumpet. Dr. Dorve received his Master of Music in Trumpet Performance, from Pennsylvania State University School of Music in 2018.

Dr. Dorve just graduated this year with his Ph.D in music education from the University of Missouri ,where he served as a graduate teaching assistant, and taught undergraduate brass methods to music education students and directed one of the jazz bands there. He also assisted and lectured for Jazz, Pop, and Rock (JPR), and Introduction to Country and Soul Music. In the bands area, he led and coached weekly the University of Missouri wind ensemble trumpet section. He assisted and led large brass sectionals for Marching Mizzou for two years. Moreover, as a music instructor for the community music program at University of Missouri, he taught students with different abilities, which allows him to better explore his creative skills in teaching. In his private studio, he teaches students of all ages in person and virtually, which include students from the state, out of state, and internationally. As someone with a physical disability himself who was told that he could not play the trumpet because he has one arm, he highly values the concept of teaching students in the way they learn best, adapting his instruction to meet their individual needs.

Prior to University of Missouri, he taught brass method techniques to music education students, and trumpet to non-music majors as a graduate teaching assistant at Pennsylvania State University for two years. In addition, he taught in various music camps with different marginalized students in Haiti, including a camp for students with disabilities. Moreover, he had the opportunity to coordinate a brass festival with musicians from Haiti and United States. This event allowed him to connect and work collaborative with various musicians and band directors at different schools in Haiti to make that festival a success.

The primary focus of his teaching is to develop the least restrictive environment where students with various abilities and backgrounds can learn creatively from each other and also enjoy the result of their music making. Dr. Dorve believes community learning can boost student academic success, but also may create a better inclusive environment where all belong. As we live in a time where issues about social justice and inequality are prevalent and inescapable, he makes it his duty as an educator to incorporate teaching techniques that may help changing the society for the better. In his concept of teaching and learning, he also helps students to improve their capacity to think like experts. Dr. Dorve believes that students should be expected to reason, solve issues, ask fascinating questions, and generate new ideas regardless of the subject area. Although some may argue that these activities cannot take place until a significant amount of preparatory knowledge has been taught, he believes that students may participate in these activities as early as the first day of class. Too often, learning consists almost entirely of memorizing a large amount of uninteresting jargon and regurgitating information in a way that is neither instructive nor relevant to the learner. Dr. Dorve certainly sees the importance of having a foundation of basic knowledge from which to draw upon, as this is an important part of becoming a good thinker. However, He believes that the content of a course should be structured in such a way that it reveals and reminds students of the most important aspects of the discipline. This belief is a prominent aspect of his teaching.

His dissertation involves the investigation of the experiences and the perceived reality of collegiate brass instrumentalists with physical disabilities who perform in instrumental ensembles. He sought to discern the meaning of inclusion to students with disabilities and the state of current inclusive practices. He also sought to understand their challenges as collegiate brass instrumentalists with disabilities, their experiences and perceived reality in an educational setting with ensemble directors and other students, and the source of their motivation to persist in instrumental ensembles. 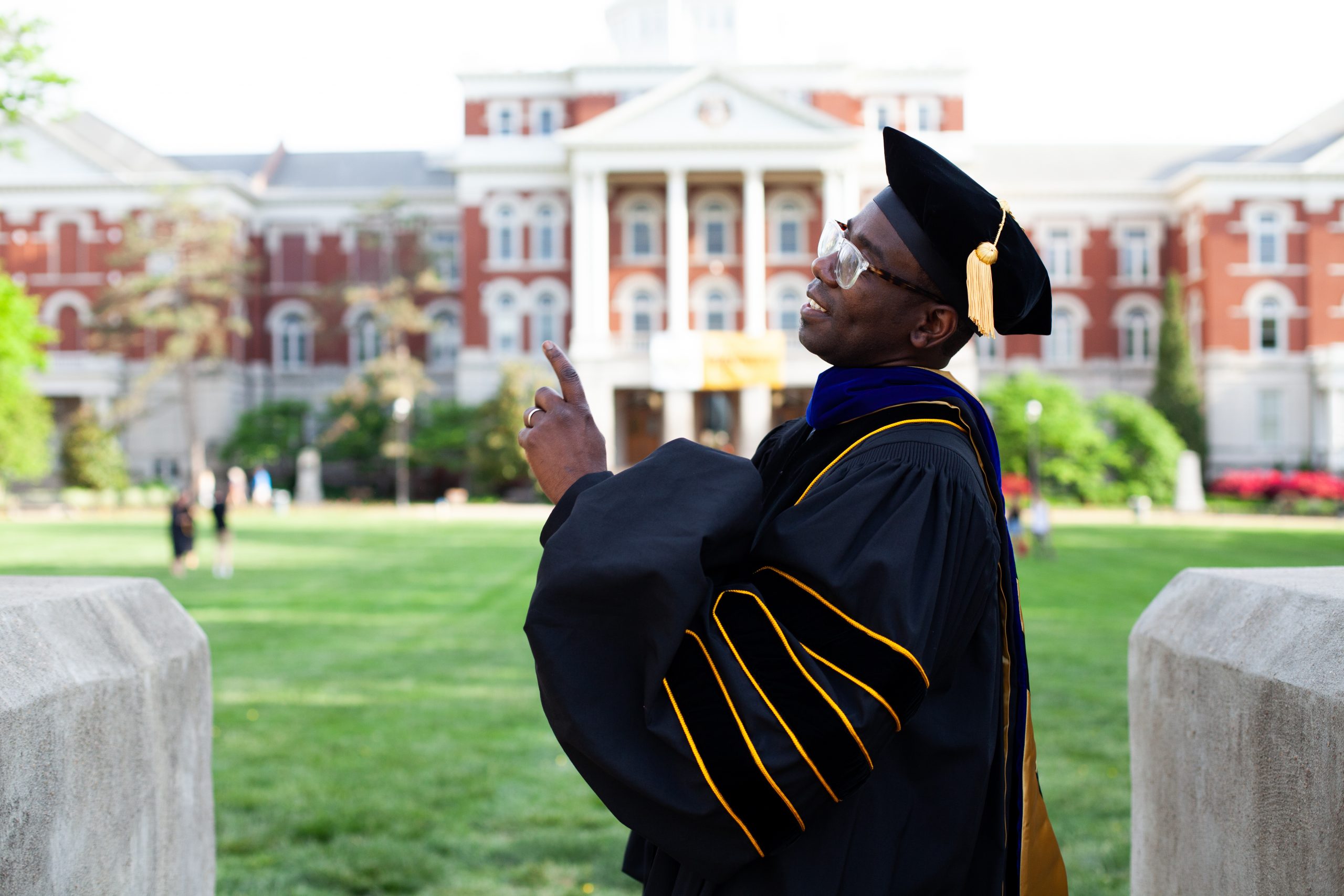 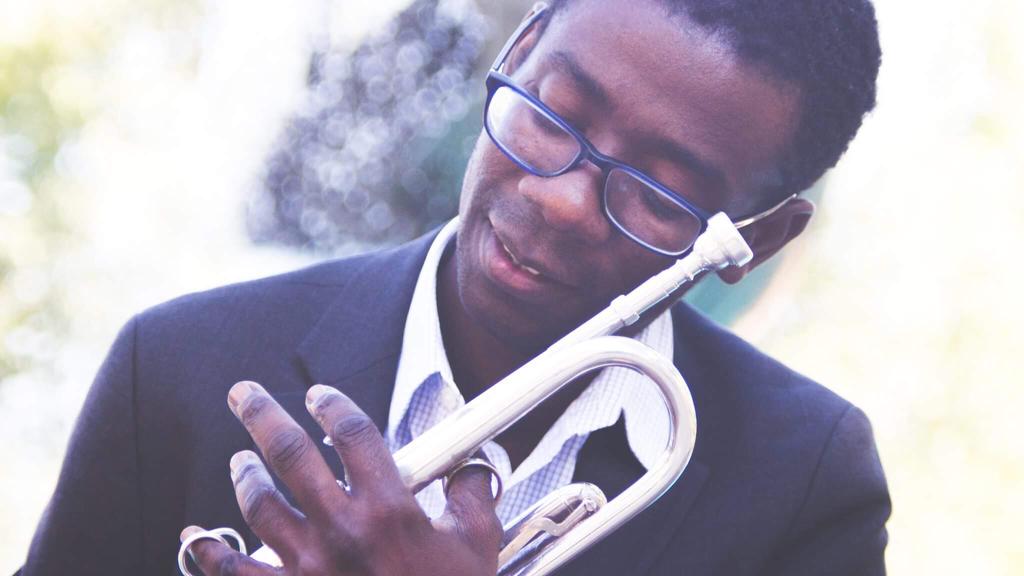 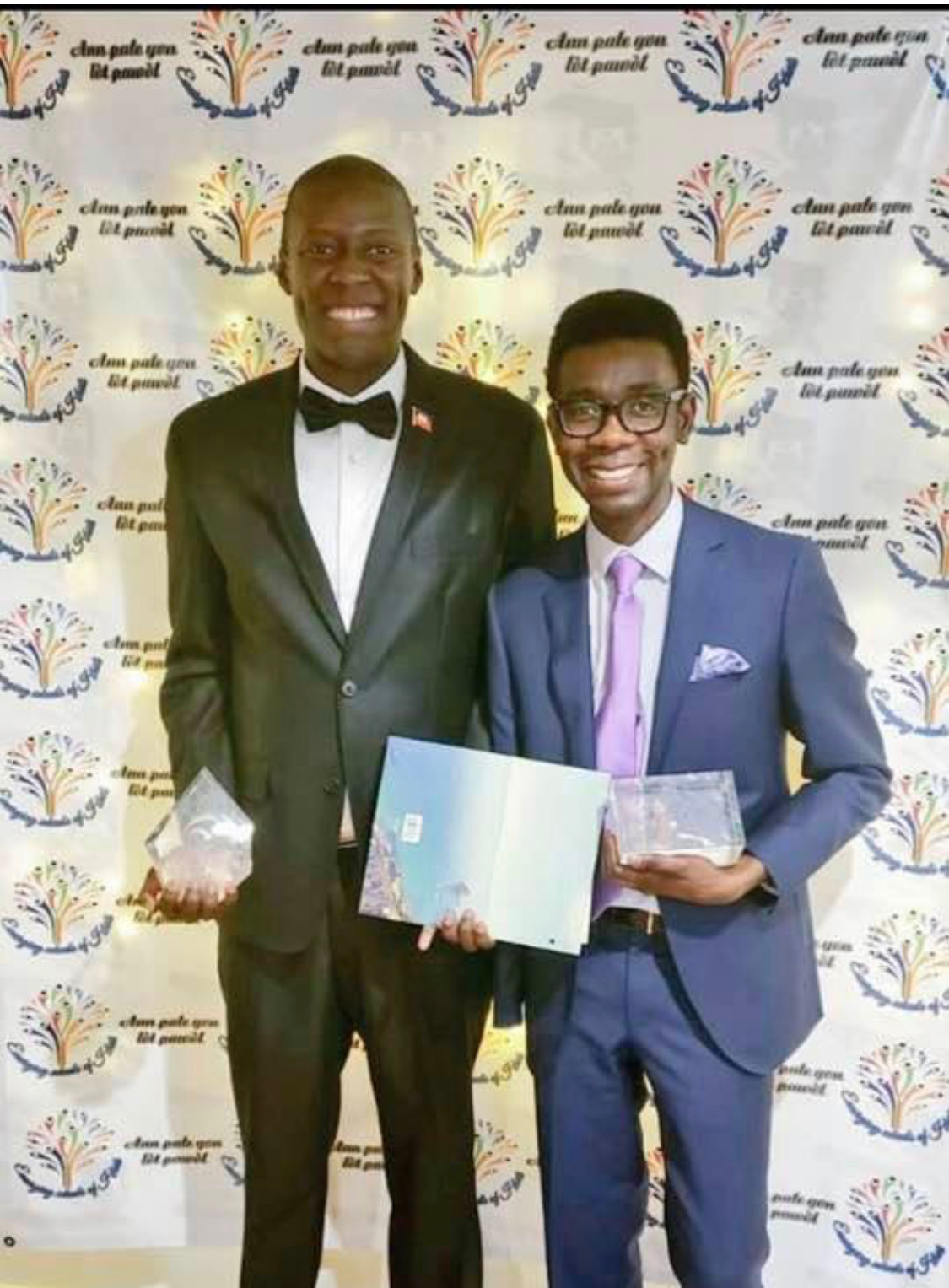 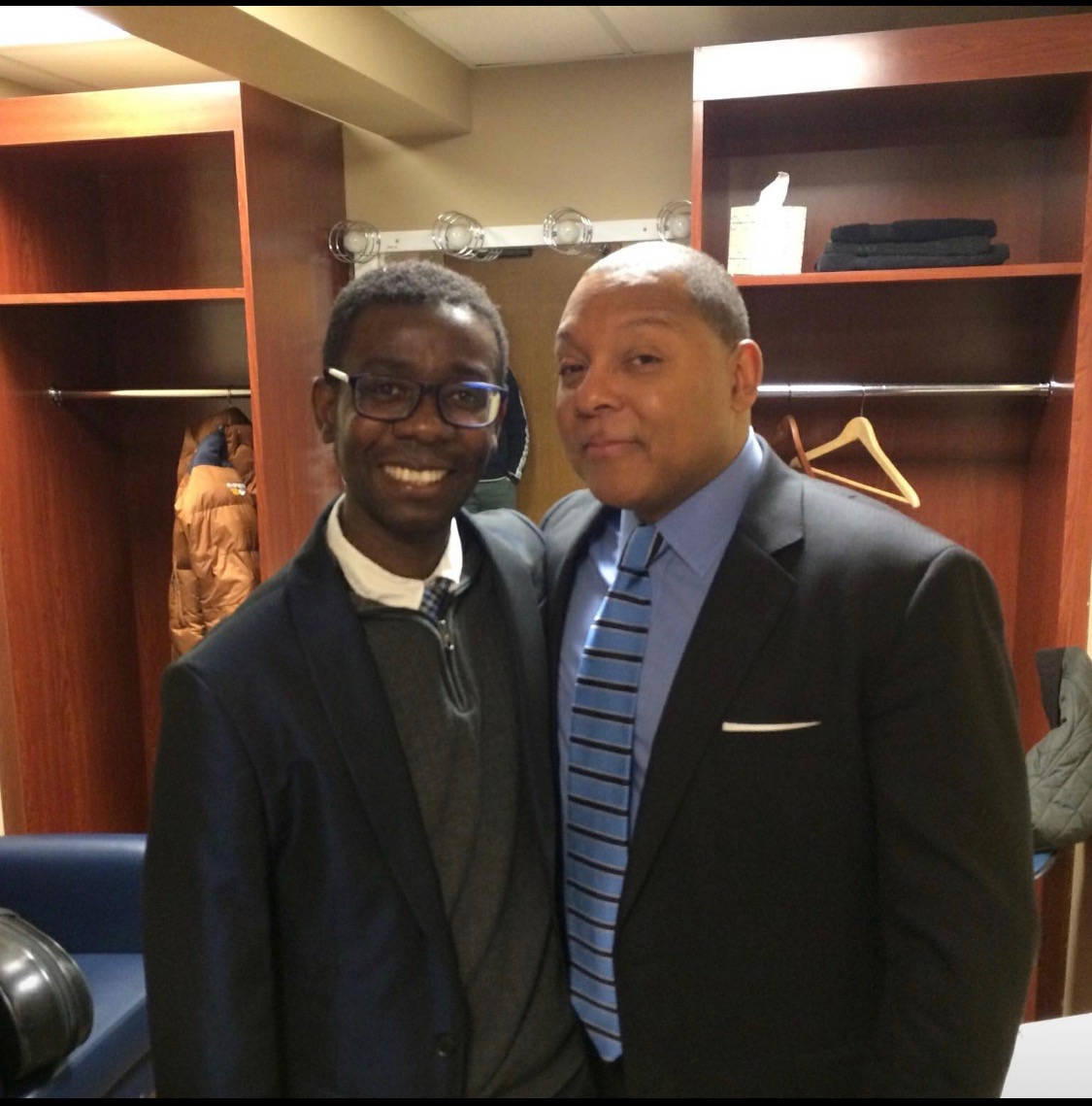 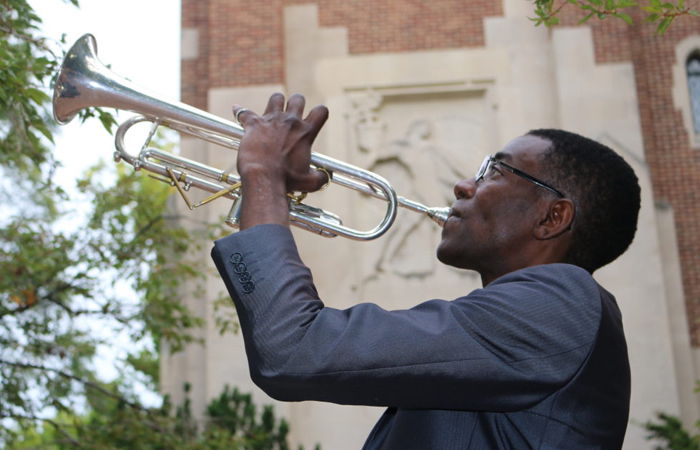 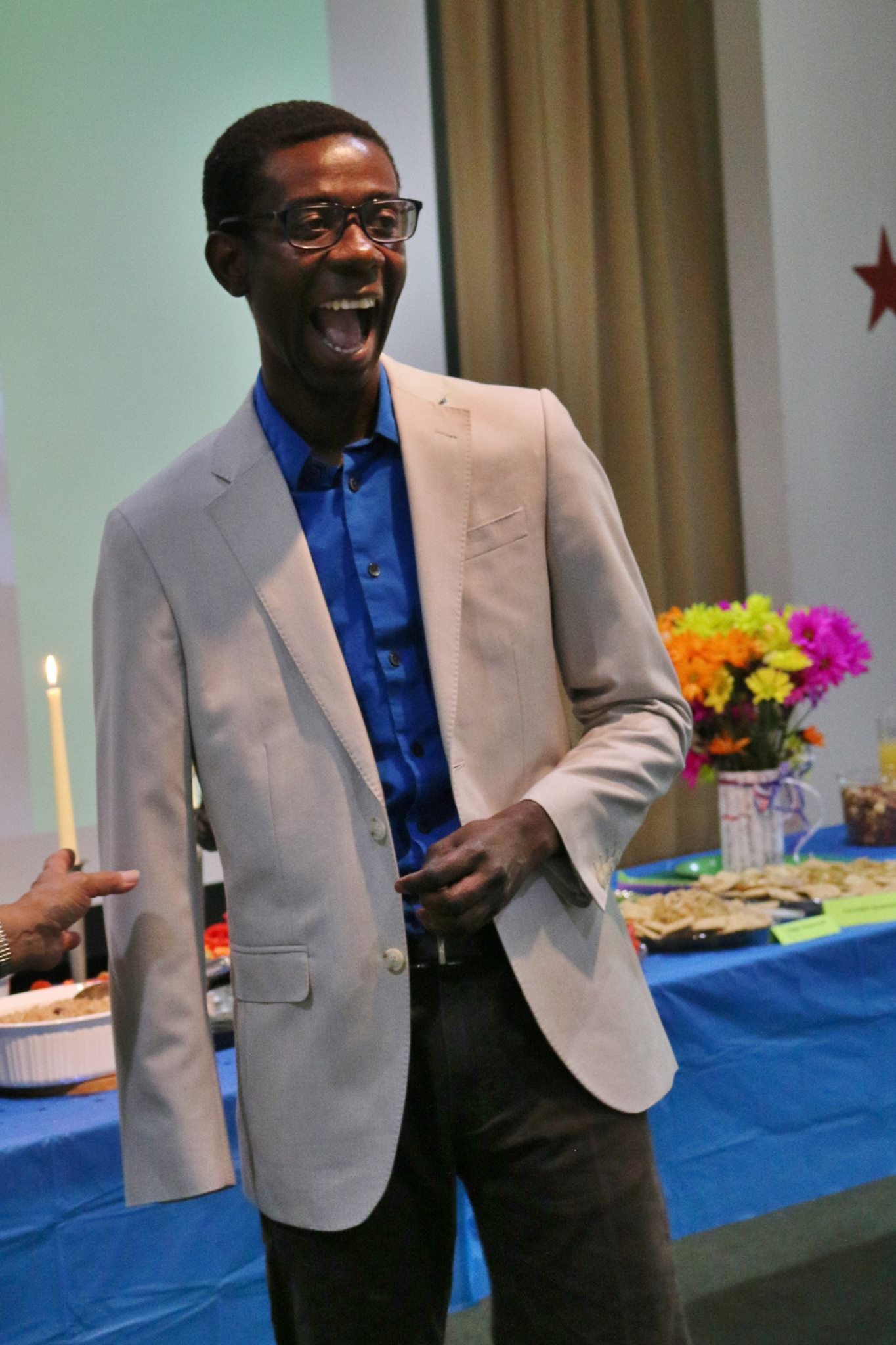 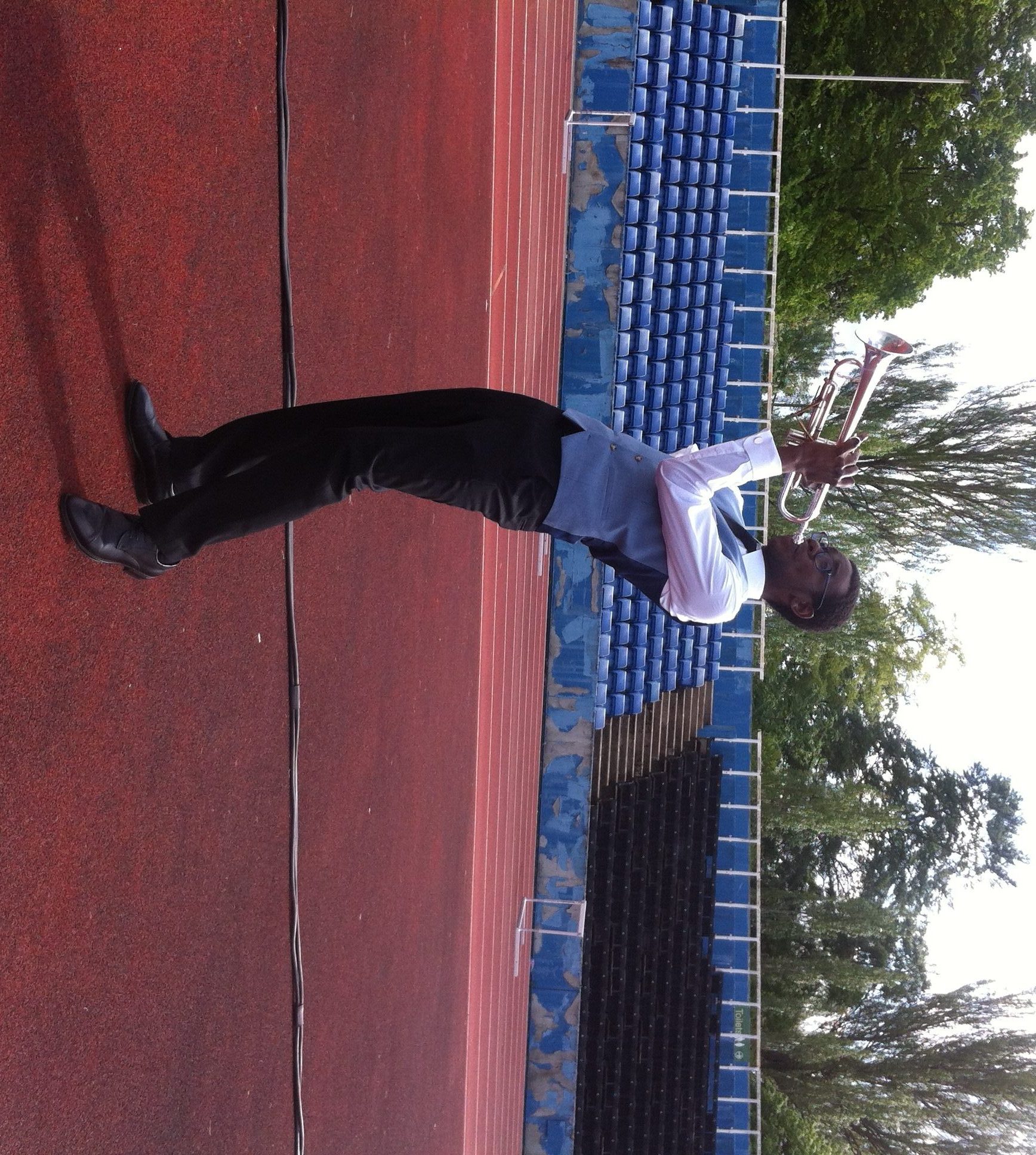 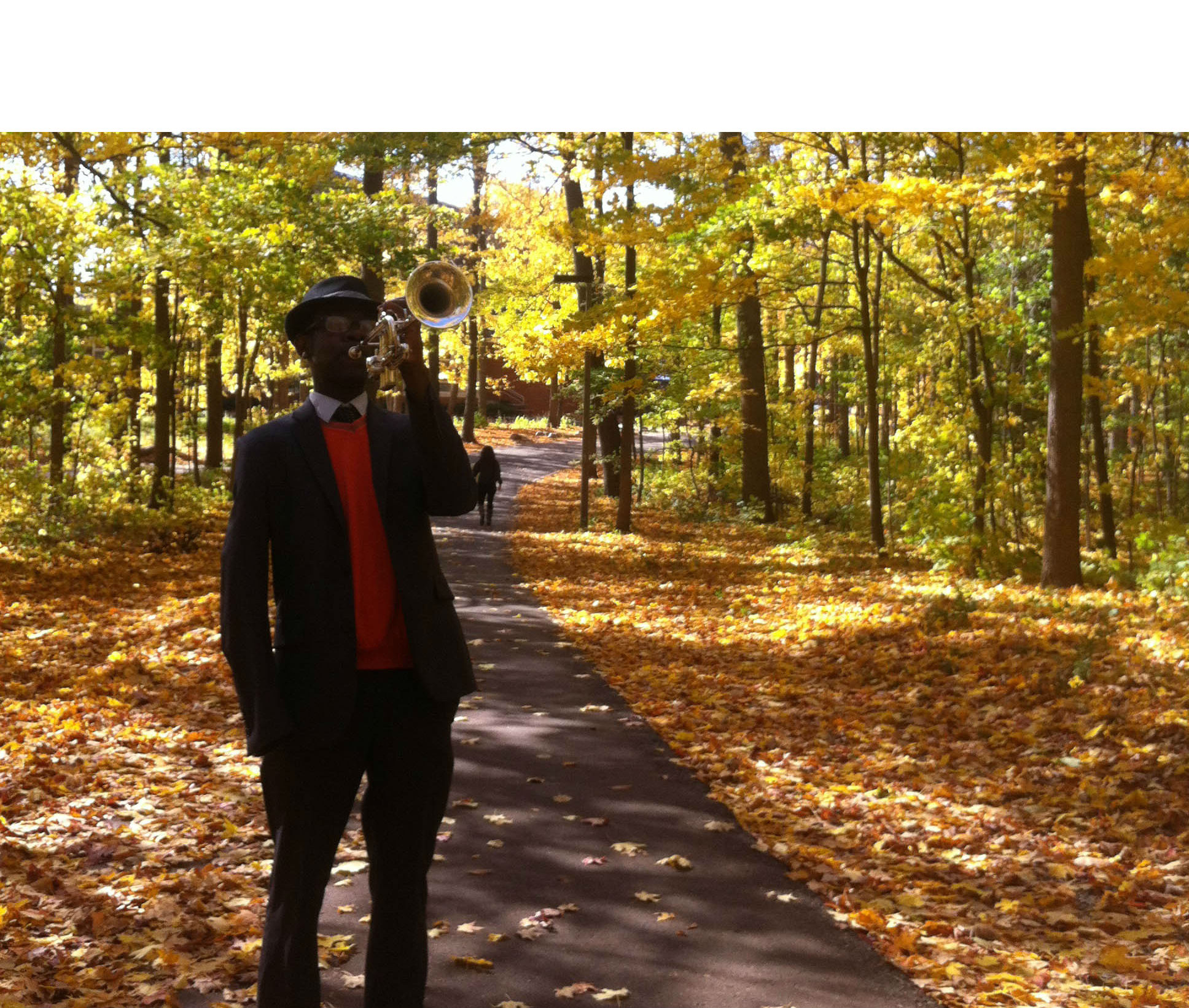 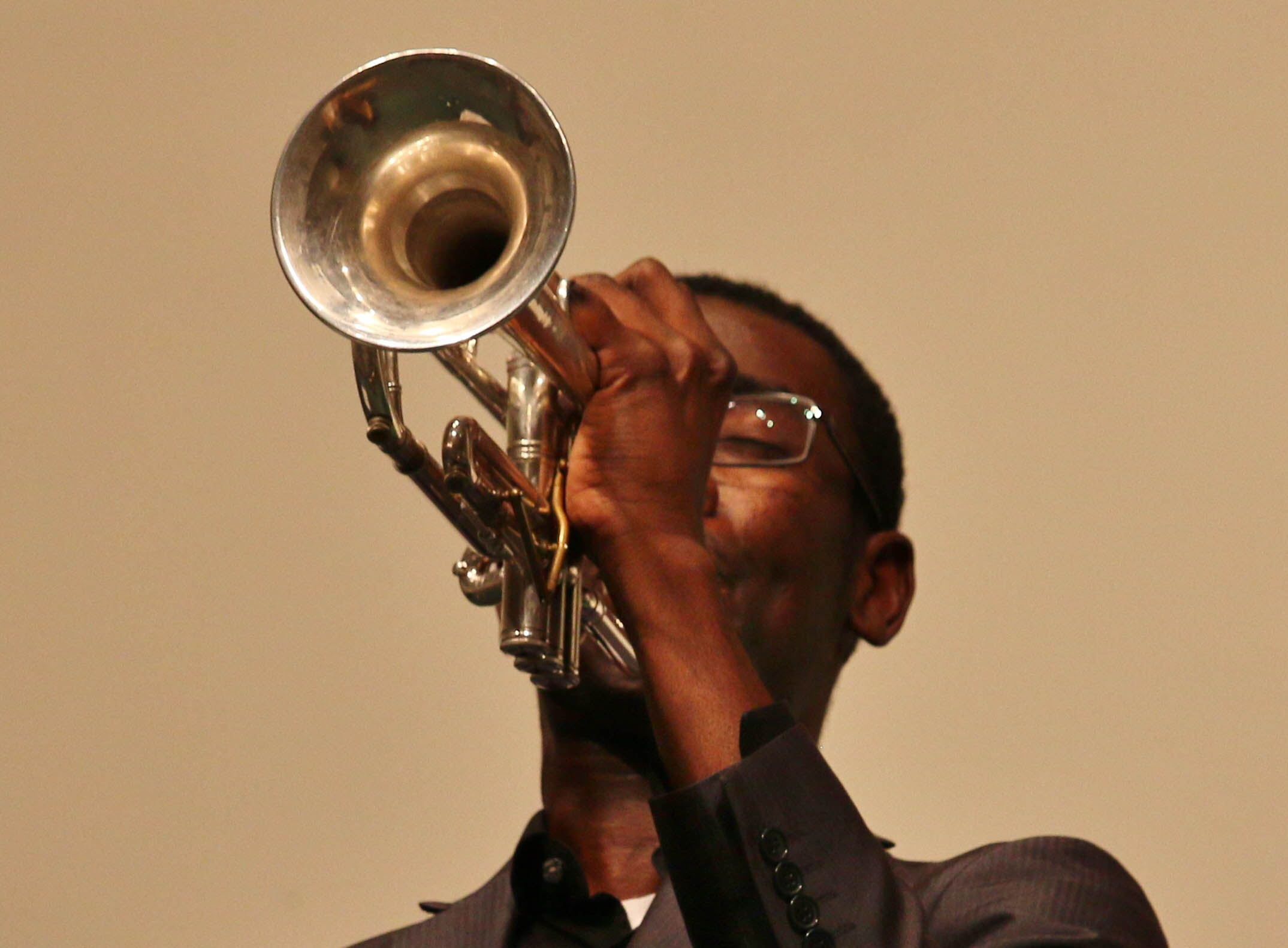 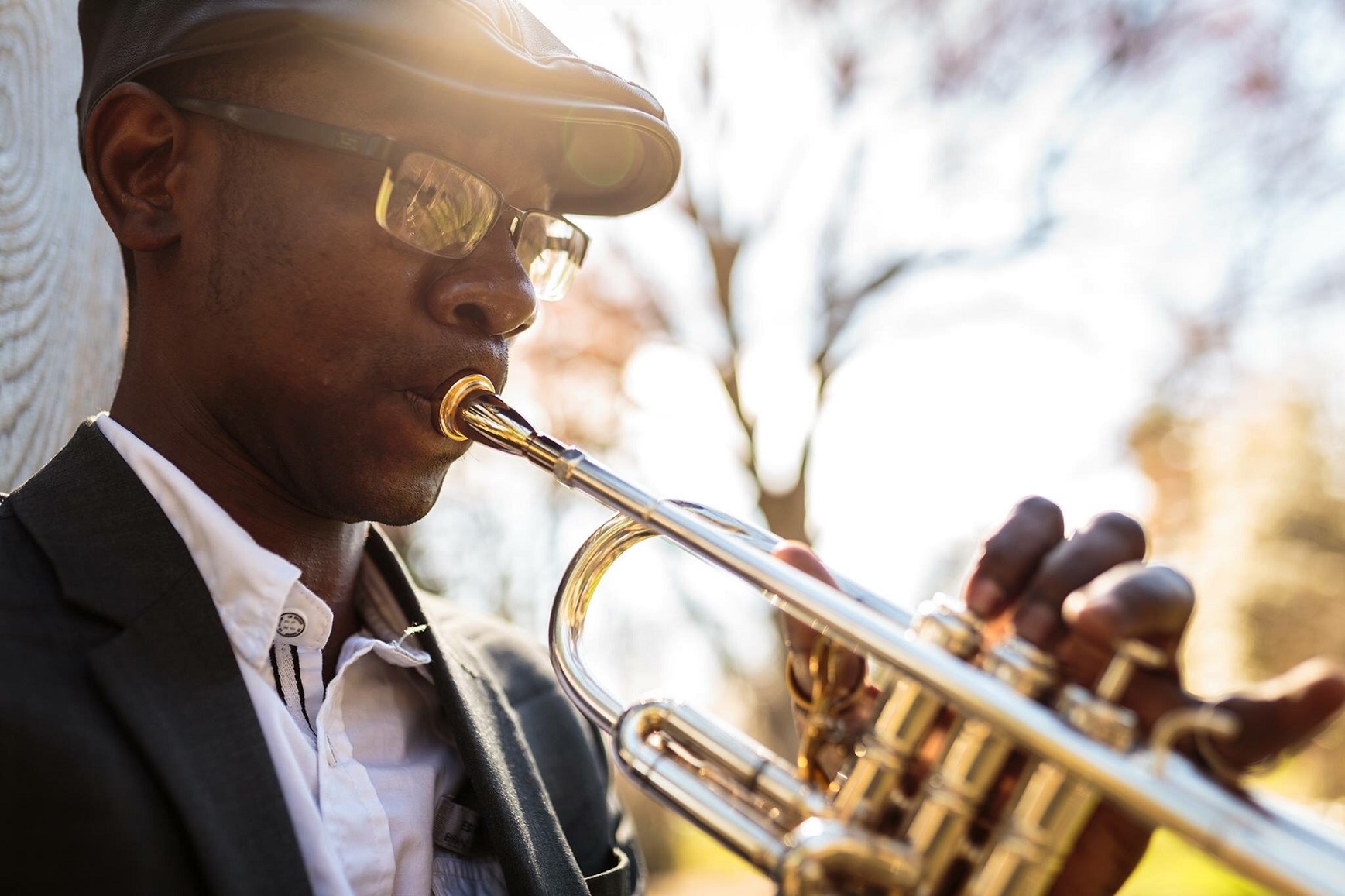 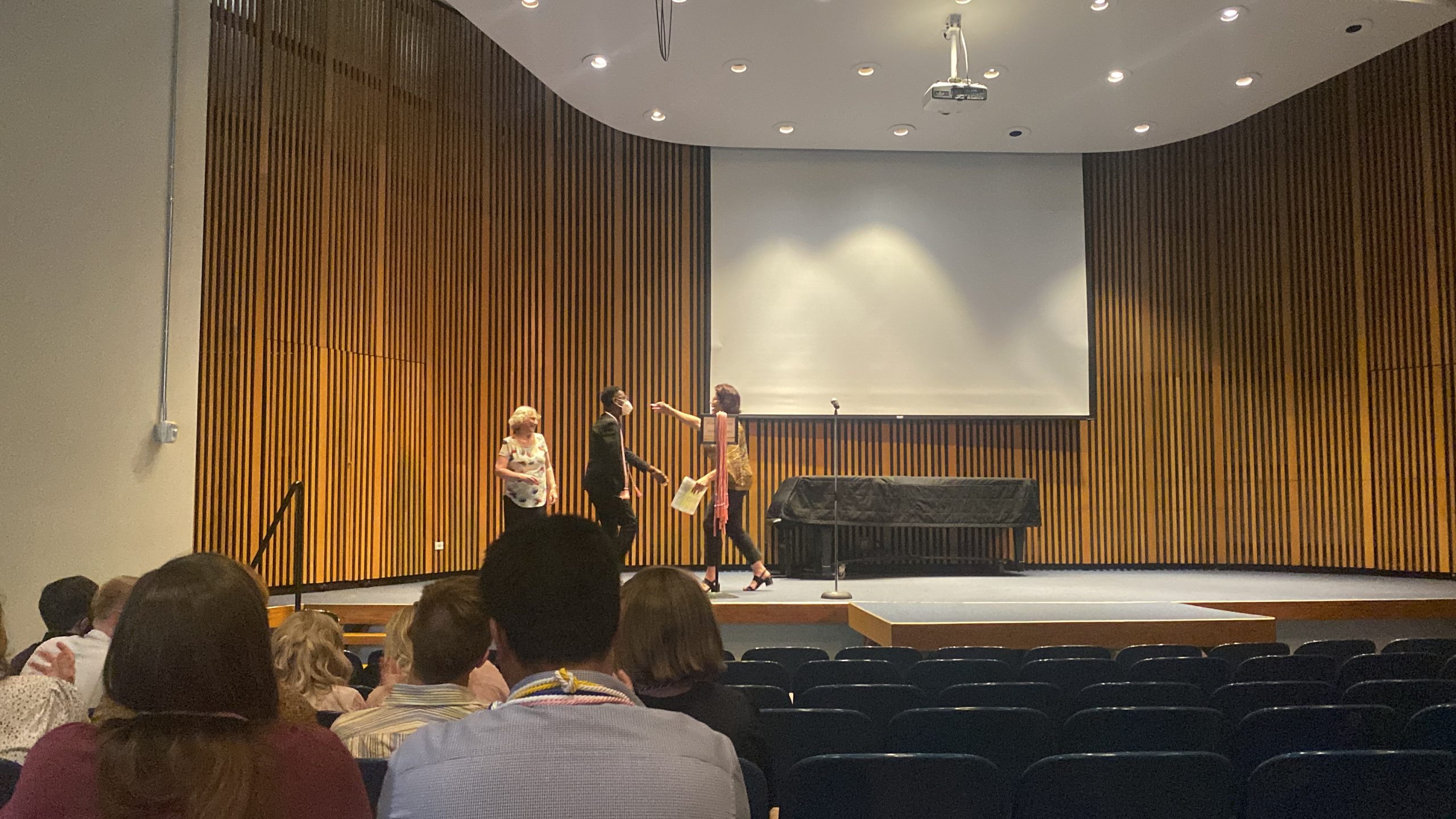 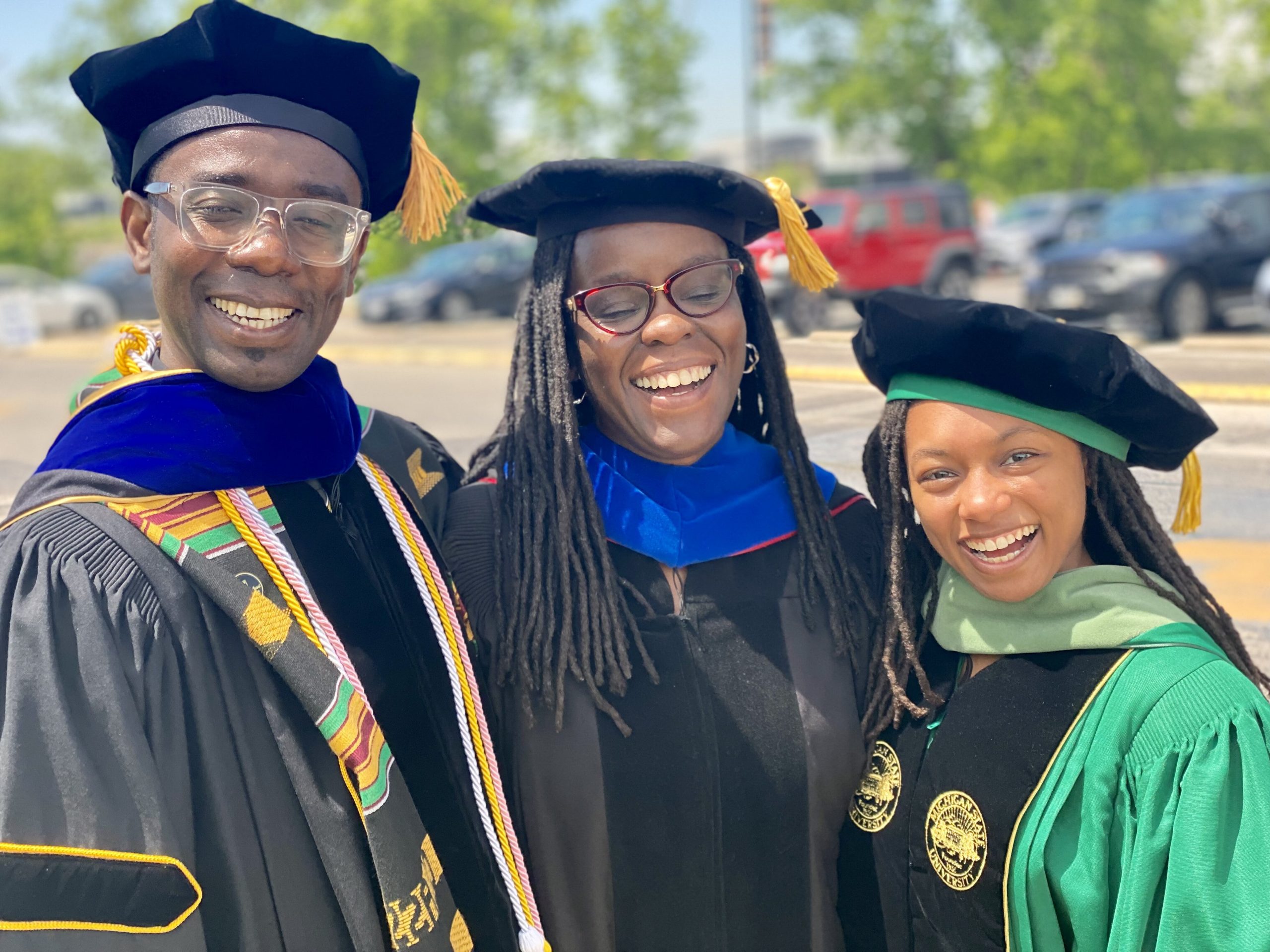 “The Levites stood with the musical instruments of David, and the priests with the trumpets.”   2 Chronicles 29:26